Salman Khan & Disha Patani upcoming movie is going to be released soon on this Eid on Different OTT platforms..For the upcoming Both looks stunning on trailer and carried forward on screen chemistry. 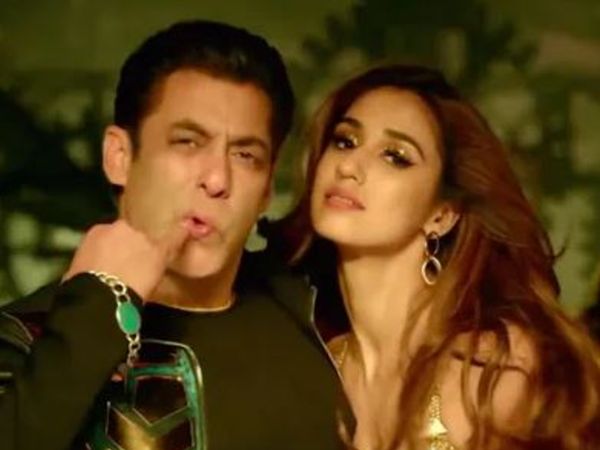 The first song of the Salman Khan and Disha Patani starrer film ‘Radhey: Your Most Wanted Bhai’ has been released on Monday. The makers of this most awaited film and Salman Khan also shared the video of this song with fans on social media. Salman and Disha’s chemistry and crazy dance moves are worth seeing in this dance number song.

‘Radhey’ will be released in theaters on May 13 on the occasion of Eid
The trailer of the film was released on 22 April. In which Salman’s strong dialogue and action was seen. Directed by Prabhu Deva, ‘Radhey’ will release on 13 May on the occasion of Eid on theaters as well as on the Jeeplex under the ‘pay-per-view’ system. Randeep Hooda and Jackie Shroff also have important roles in the film.

Salman will be seen in the character of Special Cop in the film
Salman Khan plays the special cop Radhe in the film, who is given the responsibility of controlling the drug trade and crime rate spread in Mumbai. Radhe has done 97 encounters and has her own way of working, just like ‘Wanted’ (2009). In the trailer, Salman is also seen saying the popular dialogue of ‘Wanted’, ‘Once I have committed, I don’t listen to you.’ Throughout the action-packed trailer, Salman is shown hiding the Criminals without Bardi. In the film, Disha Patani will be seen in the role of Salman’s Lady Love, while Randeep Hooda is the main villain of this film.

Shein revives in India with Amazon seller after getting banned, High court issues notice to Amazon

Shein revives in India with Amazon seller after getting banned, High court issues notice to Amazon